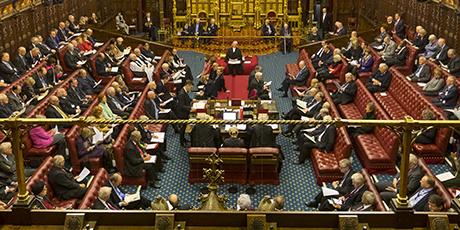 Corporate criminal liability reform and a proposed new offence of ‘failure to prevent economic crime’ were debated in the House of Lords yesterday (3 April), during the Criminal Finances Bill second Committee day.  You can read the Hansard here.
What was discussed?
On failure to prevent economic crime, Baroness Bowles (LD) spoke to her amendments which explored putting additional ‘failure to prevent’ offences into the Bill and bringing them into effect later. She argued that the UK needs to become ‘a failure to prevent’ jurisdiction, rather a ‘failure to prosecute’ jurisdiction.
Lord Rosser (Lab, frontbench) spoke to an amendment that would require the Secretary of State to issue a public consultation on new criminal offences for corporate criminal liability and economic crime within six months of the Bill becoming an Act, and for the Secretary of State then to bring forward legislative proposals in response to the consultation within 12 months of the day that the Bill becomes law.
He also asked whether the Government would consult on the need to change the law on corporate criminal liability to hold companies to account for human rights abuses, as well as economic crime, highlighting that “gaps remain in the law as regards the practical possibility of prosecuting companies for important economic crimes such as fraud, false accounting and money laundering, let alone the severe harms caused to individuals, including those overseas”.
Baroness Kramer (Lib Dem, frontbench) supported the amendment, pointing out there are serious gaps in the Bill and arguing that if the Government does not change corporate liability laws now, an opportunity will be missed and firms let off the hook again. Lord Leigh of Hurley (Con), Lord Beith (LD), Lord Judge (CB) and Lord Hodgson of Astley Abbotts (Con) preferred a cautious approach and were not enthusiastic about the use of a statutory instrument to create new criminal offences.
The Government’s response
Responding for the Government, Minister Baroness Williams of Trafford recognised the damage that economic crime causes to individuals, businesses, the wider economy and the UK’s reputation as a place to do business, but said it would be wrong to rush into legislation.
She said the introduction of the failure to prevent tax evasion provision followed a full public consultation process; if the responses to the recent Ministry of Justice ‘Call for Evidence on corporate liability for economic crime’ justify changes to the law, the Government would then consult on a firm proposal. It wouldn’t be appropriate to extend the failure to prevent offences via secondary legislation, as Baroness Bowles proposed, as this wouldn’t allow for appropriate parliamentary scrutiny.
On the question of whether Government will legislate to create corporate liability for failure to prevent serious harm or human rights abuses, the Minister said that the Government has no ability to regulate UK businesses operating abroad but it encourages them to honour the principles of internationally recognised human rights wherever they operate.
The next stage of the bill (Report) is scheduled for Tuesday 25 April.