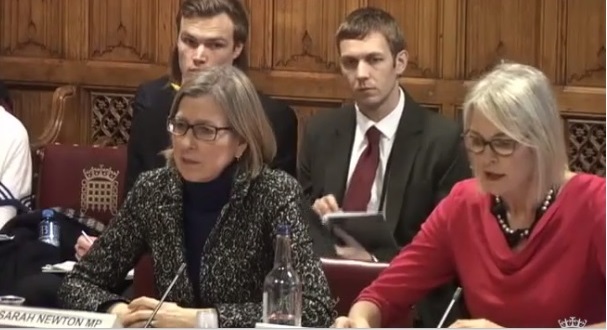 There is much about the Joint Committee on Human Right’s report on Business and Human Rights to commend. Building on 27 witness accounts and 53 written submissions, the Committee lists a set of bold and progressive recommendations, which include reforming an outdated corporate liability regime that’s proven ineffective at deterring malpractice and upholding human rights standards in UK business operations.

Against the backdrop of banking scandals, the BHS collapse and findings of labour abuse in Sports Direct warehouses, the report underlines the need for a new kind of responsible business at home and abroad. Among the many topics discussed, four key issues stand out for those campaigning on corporate accountability and are summarised below:

A crucial recommendation made by the Committee is to create a new ‘failure to prevent’ offence that would require companies to prove that they have the right procedures in place to prevent abusive practices such as child exploitation and forced labour.

The report also notes the weak reporting duties required by the Modern Slavery Act and calls on the Government to enacting legislation that would make human rights due diligence reporting compulsory for large businesses. This, according to the report, should be backed up by a monitoring mechanism and enforcement procedure and accompanied by a benchmark framework to reward good practice in this area.

Among opportunities for prevention, the report mentions that the Government should grant more powers to local authorities to close premises where workers are being exploited, and extend the Gangmasters’ Licensing Authority licensing power to sectors beyond agriculture, horticulture, shellfish gathering and associated processing and packaging. The Committee sees particular merit in licensing the construction and garment industry.

The Joint Committee praises the UK Government for “being the first in the world to publish a National Action Plan”, but calls for a more ambitious programme that can truly prevent corporate crime, and which “sets specific targets by which to measure progress”.

Victims of business-related human rights violations are being let down by the UK National Contact Point (NCP) for the OECD Guidelines, which according to the Committee, is not “fit for purpose”. The NCP is tasked with the responsibility of resolving complaints raised against multinational companies, yet the Committee’s report questions whether the NCP can be effective given its lack of resources, external guidance and expertise. The Committee calls for the NCP to be properly funded and supported by a newly established independent steering board with the power to review NCP decisions. Moreover, the outcome of NCP decisions should be strengthened by excluding companies found responsible for human rights abuses from public sector contracts.

The report criticises the Government’s ‘weak’ and ‘complacent’ approach on access to remedy for victims of corporate abuse. This is largely due to limited access to legal aid, an inability to recover legal costs and high court and tribunal fees.

The Committee warns that Brexit may lead to migrant workers being even more vulnerable to abuses, and urges the Government to guarantee the security of victims of human rights abuse regardless of their nationality or immigration status. Lastly, it encourages the Government to use the opportunity of Brexit to set higher human rights standards in future trade agreements.