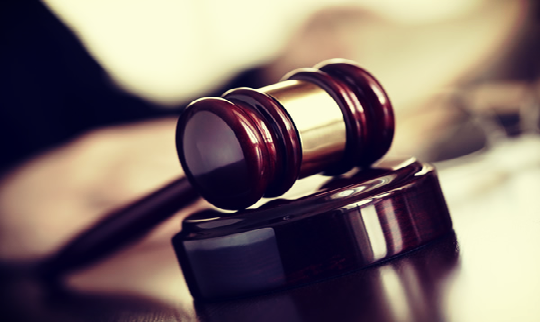 The Home Secretary says there are ‘no excuses’ for businesses not to meet the gender pay gap reporting deadline. It’s time for Government to send the same message on modern slavery.

Today all private sector companies with 250 or more employees must have published details of their gender pay gap. Last week the deadline passed for similarly sized public companies to do the same.

When I last checked, 9,151 companies out of the estimated 9,000 companies required to comply had published their data on the Government gender pay gap service. Already attention has turned to how this data can be used to push companies to close the gap. The gender pay gap regulations have so far proved a success for properly monitored and enforced transparency requirements.

Meanwhile, three years after its passage, company reporting under the Modern Slavery Act (the Act) remains disappointing. Section 54 of the Act requires companies with a turnover of £36 million or more to publish a statement outlining what steps they have taken to ensure that slavery and human trafficking is not taking place in their business operations or supply chains.

Deadlines have come and gone but only an estimated 5,600 companies out of the approximately 9,000-11,000 required to comply have published statements. Even this figure does not fully capture the extent to which companies are flouting the law. Analysis of those 5,600 statements shows that only 19% meet the minimum statutory requirements set out in the Act.

Companies including Primark, Sainsbury’s and Marks & Spencer have gone above and beyond the call of duty, setting a high bar for best practice reporting. But these innovators make up the minority and are mostly customer-facing well-known brands with valuable reputations on the line. Such companies can even hope to boost profits by demonstrating a responsible approach to supply chain standards.

The majority of companies required to report, however, are neither well-known nor customer facing. This is a fundamental flaw with the enforcement model the Government has opted for, insisting that rather than threatening companies with fines, the Act is ‘designed to harness pressure from civil society’ and the public.

But Government has not published a list of firms required to report and so digging through company accounts is the only way to find out if a company is covered by the requirement. No civil society organisation or member of the public has the resources to do this for thousands of companies and the majority of firms are slipping beneath the public radar.

This could be easily resolved if the Government provided a list and developed a repository of published statements, as is currently the case with the gender pay gap reports.

Instead, the Equality and Human Rights Commission (EHRC) has been granted statutory powers to enforce compliance and they have been very forthright about their intention to use these powers. In a recent statement, EHRC’s Chief Executive wrote ‘[l]et me be very very clear: failing to report is breaking the law … we have been very clear that we will be coming after 100% of companies that do not comply’.

As a consequence, more companies reported under the gender pay gap regulations in one year than in three years under the Modern Slavery Act.

Although the Act grants the Home Secretary powers to apply for a court injunction in the event of non-compliance, no injunctions have yet been issued. The Government is still arguing that ‘new legislation takes time to embed’, but Section 54 of the Act lays out a clear legal requirement on companies including deadlines that provided for ample notice. It is not the responsibility of civil society or the public to enforce statute.

In a recent Public Accounts Committee inquiry on modern slavery, Home Office officials came under intense scrutiny for the department’s failings on this issue. It was clear from their responses that they realise the position is untenable. To rectify the situation, the Home Office must use its enforcement powers and apply for injunctions against those companies that are failing to comply with the minimum requirements of the Act.