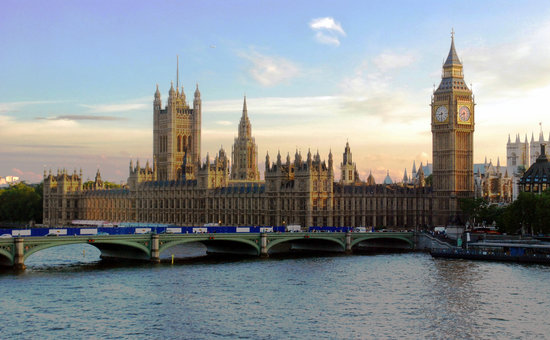 This blog by CORE Director Marilyn Croser explores several political processes currently underway in the UK which offer civil society space to push the Government on mandatory human rights due diligence (mHRDD). It is part of a series ‘Towards Mandatory Human Rights Due Diligence’ and was originally published by the Business and Human Rights Resource Centre.

On 10 April, 25 UK civil society organisations published a call for the introduction of mandatory human rights and environmental due diligence (mHRDD).

While in the current political context this might seem like an impossible ask, there are signs of a greater acceptance of the need for government action to curb corporate malpractice.

Recent polling found that two thirds of people across all ages favour ‘tackling companies that behave badly’ over ‘helping companies in the private sector to succeed.’

There is also interest from government, parliamentarians and business in measures to improve human rights, labour rights and environmental standards in company supply chains.

Civil society and supportive allies in business must now seize the opportunity to make the case for a mandatory requirement for companies to take action to prevent human rights and environmental abuses, to hold them to account when they fail to act, and to improve access to remedy for victims of corporate abuses.

HRDD is not unheard-of in UK political discussions. In 2013, in one of the first published National Action Plans on Business and Human Rights (NAP), ‘adopting human rights due diligence’ is listed as a key principle of the approach that UK companies should take to respect human rights.

Of course, at the time, the government stopped short of introducing anything close to a mandatory HRDD requirement. Instead, legislative activity over the last five years has focused on transparency measures, principally corporate governance reporting and, more notably, the introduction of the supply chain reporting requirement in the Modern Slavery Act 2015.

Several parliamentary committees have turned their attention to the government’s approach to business and human rights, and corporate governance.

In a 2016-17 inquiry, Parliament’s Joint Committee on Human Rights commended the publication of the NAP, but found the revised version (published 2016) to be ‘modest in scope’. The Committee made the radical proposal that:

While unsurprisingly this was not taken forward, it continues to influence debate and remains a useful reference point for those advocating for a legislative approach to HRDD.

Following the collapse of Carillion, a huge infrastructure company awarded billions of pounds worth of public sector contracts, the Business and Work & Pensions Committees scrutinised the UK’s corporate governance framework. In a particularly damning report, they described the UK’s system of corporate accountability as ‘creaking’ and called for ‘an ambitious and wide-ranging set of reforms’ to ‘reset our systems of corporate accountability.’

Earlier this year, the Environmental Audit Committee examined the social and environmental impact of fast fashion. The parliamentarians concluded that the government should change the law to require companies to perform due diligence checks across their supply chains.

Finally, two MPs and a member of the House of Lords recently completed a review of the impact of the Modern Slavery Act, commissioned by the Home Office. They found that the impact of the supply chain reporting requirement has been limited and made a series of recommendations for reform of the legislation.

These parliamentary reports are important official acknowledgement of the severe negative impacts that irresponsible business practices and profit-dominated business models can have on people and the environment. Their findings reflect the significant limitations of current approaches to corporate accountability.

While there is no immediate legislative opportunity, several processes currently underway offer space to further the debate on solutions, raise awareness and build alliances.

Government is now considering its response to the Modern Slavery Act review. Advocates should use this to argue that while the transparency requirements can be strengthened, for the UK to remain a leader, it must go beyond reporting and begin the process of introducing mHRDD. The recent passage of the Netherlands child labour due diligence bill is helpful in this regard.

The Environment Bill has started to make its way through Parliament and there may be a  possibility to include a specific environmental due diligence obligation or a legal duty of care to protect the environment. At this stage, there is little clarity around the detail of these proposals. Civil society must make clear that any such requirement must be enforceable and have meaningful sanctions attached if it is to change corporate behaviour.

A recent government White Paper on online harms includes a proposal for a statutory duty of care to make companies take more responsibility for the safety of their users and tackle harm caused by content or activity on their services.

While mHRDD and parent company liability is not the sole solution to a range of problematic corporate behaviours, it is a key part of the effort to make corporates accountable and to shift to more responsible business models. The current context, in the UK and beyond, gives civil society and business allies space to drive action towards regulation that substantially improves corporate respect for human rights, labour rights and the environment.