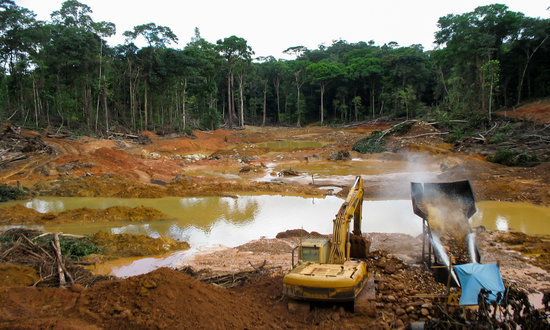 Laws to regulate companies’ behaviour are desperately needed – but at the current time, the UK falls short. We explain why the UK needs to move beyond the Modern Slavery Act and also introduce a law that makes companies take action to prevent human rights and environmental abuses.

Business structures and global supply chains facilitate the abuse of workers’ rights, harassment and murder of those protecting their land and mass environmental degradation, on a daily basis. And companies at the top of a supply chain – who pull the strings and make the profits – are rarely held accountable for these abuses.

Some governments have introduced laws requiring companies to share information on what they’re doing to tackle human rights risks. The transparency in supply chains (TISC) provision of the Modern Slavery Act 2015 is one example and enabled the UK – for a while – to call itself a “leader” on corporate regulation.

But transparency, while important, is not sufficient to hold companies to account. The UK is now starting to fall behind other countries on corporate regulation. Meanwhile, there is growing public concern about the corporations’ impacts on people and planet – including the urgent need to decarbonise in order to avoid dangerous global effects of climate change.

The Government is now looking into making the Modern Slavery Act more effective – something we have long been calling for. But we think a more comprehensive law is also needed to make companies prevent human rights and environmental abuses by carrying out human rights due diligence in their supply chains.

Here, we explain what we’re calling for and why it’s needed.

From reporting to action

The Modern Slavery Act requires companies with a turnover of more than £36 million to produce a statement each year reporting the steps they’ve taken to tackle slavery and human trafficking in their supply chains. It encourages businesses to think about the risks of modern slavery when they do their business, through having to report on them.

But the Act doesn’t require companies to take any action to address the risks that have been identified. We’re calling for a law that makes companies proactively seek out and address the negative impacts that their activities have on individuals and communities (i.e. to adopt measures to prevent abuses in the first place).

From transparency to accountability

The TISC provision in the Modern Slavery Act has helped to foster awareness among companies that have long been ignorant of human rights abuses happening along their supply chains – or had chosen to look the other way. (We think that sanctions should now be brought in to penalise companies who don’t comply and to encourage more effective reporting).

But as well as ensuring companies report on their human rights risks, we also need to ensure they are held to account for abuses that occur. Currently, there aren’t any laws in place to hold a company accountable in a UK court when they’ve failed to prevent serious harm occurring. We’re calling for a law to fill that gap.

From modern slavery to all serious negative impacts

The TISC provision of the Modern Slavery Act has led to raised awareness about modern slavery and trafficking, and has brought these issues into some boardrooms for the first time.

But the law’s focus on “modern slavery” means some businesses are treating it as totally separate from other exploitative practises – such as payment of poverty wages – that are not in and of themselves “slavery” but are likely to lead to worse forms of exploitation.

What’s more, a range of other abuses caused by a business’s actions or lack of oversight, such as dam collapse that devastates livelihoods, or intimidation and harassment of local activists, would also not be considered modern slavery.

Businesses impacts are not limited to “modern slavery” – therefore regulation should not be either. We need a law that requires businesses to prevent and address all risks of all corporate human rights abuses and environmental harms, which are interlinked.

With a potential UK general election ahead of us, we’re calling on all UK political parties to commit to take action to strengthen the UK’s regulation of corporate activity.