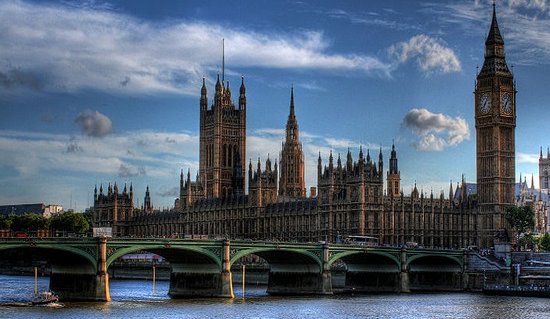 On Friday 12th January the Joint Committee on Human Rights published the Government’s response to the Committee’s 2016 report, ‘Human Rights and Business 2017: Promoting responsibility and ensuring accountability’. While the inquiry and subsequent report were very thorough, the Government response over-emphasises the impact of current initiatives and fails to engage meaningfully with the committee’s recommendations.

The JCHR report criticised the NAP’s modest scope and lack of new commitments, and called on the Government to consult with a wider range of stakeholders and develop more ambitious and specific targets when producing the next Plan.

The Government rejects these conclusions, pointing to its leadership on introducing the first NAP and the Modern Slavery Act – even though the 2013 NAP made no mention of modern slavery – and states that the current Plan will run, on the basis of its original and incremental commitments, until at least 2020.

Government does, however, agree with the importance of consulting a wider range of stakeholders when considering next steps for the NAP. The Department for Business, Energy and Industrial Strategy will also publish a summary table tracking progress against the NAP and any additional business and human rights-related policy commitments.

This is one of the more detailed sections of the government’s response to the report.  It points to the introduction of a new requirement for bidders to self-certify that they have published a Slavery and Human Trafficking statement and highlights several other innovative examples from the devolved administrations. This indicates that there may be appetite for making more use of the procurement regime to incentivise business to implement high standards throughout their operations. Government argues, however, that legally it cannot exclude companies from public sector contracts for failing to undertake appropriate and effective human rights due diligence, as the Committee recommended.

In October 2017, CORE published an assessment of companies’ supply chain statements made under the Act, looking at whether and how firms are reporting on known risks of modern slavery. While we identified examples of good practice, many businesses failed to include any information on supply chains that are notorious for poor labour conditions.

A recent UK National Audit Office report also highlights poor levels and quality of reporting, pointing out that 20% of FTSE100 companies either did not produce a statement or produced one that doesn’t comply with the statutory guidance.

Despite this, the Government rejects the JCHR’s view that the supply chain reporting requirement is weak, emphasising that the new law has fostered discussion of modern slavery at the highest levels of business. The response states that the reporting requirements are intended to encourage ‘innovation and continuous improvement, rather than minimum compliance’. Consequently, the Government concludes that further primary legislation is unnecessary, and there is no need to require companies to include TISC statements in annual reports. Citing ‘anecdotal evidence’ the government insists that TISC is having a beneficial effect.

We’ll be continuing to call for the Government to publish a list of all companies required to report under the Act and to press for meaningful sanctions for firms that fail to report.

The Committee recommended that the Government bring forward legislative proposals to make reporting on due diligence for all other relevant human rights, not just the prohibition of modern slavery, compulsory for large businesses with a monitoring mechanism and an enforcement procedure.

The Government argues that it would be disproportionate to introduce additional reporting requirements in light of the recent revision of the non-financial reporting framework and the proposals for further reform included in the Corporate Governance Consultation Response.

This ignores the serious limitations of these existing requirements. The JCHR report makes reference, for instance, to the French Corporate Duty of Vigilance Law 2017 that requires companies to establish and implement due diligence measures to identify and prevent human rights violations. By contrast, in the UK companies are only required to report on what measures they are taking, if any.

The Government states that it takes access to remedy very seriously, noting the UK’s culture of human rights protection and long-established legal framework which provides a wide range of remedies. But there is little demonstration of this commitment in the rest of the response, where it rejects the committee’s finding that difficulties accessing corporate documents and the high costs of civil claims obstruct access to remedy for victims of corporate human rights abuses.

Prosecuting large companies for criminal offences, especially for offences committed through global operations is currently extremely difficult due to the requirement for prosecutors to show that senior individuals intended to commit an offence. The JCHR recommended that the government address this by extending the Ministry of Justice consultation on a failure to prevent economic crime offence to other corporate crimes, such as the use of child labour. This would impose a duty on companies to establish appropriate procedures and policies to prevent serious harms of this kind.

The response to the call for evidence has yet to be published, but in response to the JCHR, the government dismisses the idea of extending the consultation to other corporate offences. This is regrettable – as a means to increasing profits by breaking the law child labour and modern slavery are also economic crimes for which companies must be held to account.

The JCHR report found that, in line with an Amnesty International paper published in 2016, the UK NCP is insufficiently resourced to deal with complaints and largely invisible. In response, the government says that the NCP has adequate expertise and capacity to effectively handle complaints, and emphasises its commitment to maintaining appropriate levels of resource.

According to the response the UK NCP has dealt with 34 cases since the introduction of the human rights provision into the OECD Guidelines in 2011, more than any other NCP. This is somewhat misleading. As of 2016, 25 cases alleging violations of the Guidelines’ human rights principles had been filed with the NCP, but 15 were rejected, and only one complaint was fully accepted and concluded. This failure to conclude cases has been attributed in part to a lack of capacity.

Regarding visibility, the Government partly accepts the recommendation that the NCP should publicise adverse decisions, and is open to considering how statements can be disseminated to a wider audience, including Parliament. The government also agrees to consider how the NCP can raise its profile with parliamentarians.