Home > Who made our uniforms? 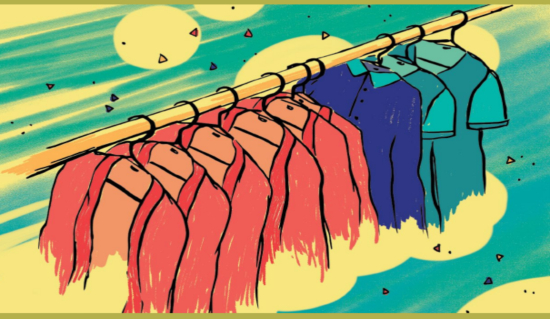 A new report published by CORE and ICAR reveals that that a third of companies that have supplied uniforms for UK public sector workers, including the armed forces and prison officers, have not reported on what they are doing to tackle slavery in their supply chains.

Our report ‘Who Made Our Uniforms?’ reveals that few contractors supplying uniforms and specialist safety clothing to the UK public sector are transparent about their ethical standards and international suppliers.

Three years ago, Parliament passed the Modern Slavery Act 2015, requiring companies to report on what they are doing to address slavery in their supply chains. But only 10 of the 30 companies analysed in the report have published a slavery and human trafficking statement, despite the apparel manufacturing sector being notorious for labour and human rights abuses.

We also explored whether companies awarded large contracts between 2013-2016 by the Ministry of Defence (MoD), Ministry of Justice (MoJ), Crown Commercial Services (the central government purchasing unit), and Transport for London (TfL) reveal where their goods are made. Twelve companies provide general information, but none have followed the example of consumer brands like H&M, Primark, and ASOS and published factory names and addresses.

TfL is the only one of the four authorities to have published its own modern slavery statement. In 2016, TfL announced a five-year partnership deal with The Fairtrade Foundation to ethically source cotton for staff uniforms. The following year, the Mayor of London published a Responsible Procurement Policy for the Greater London Authority, covering TfL.

Yet despite the UK government’s commitment to tackling modern slavery, neither the MoD nor the MoJ make any reference to responsible procurement on their websites.

Our recommendations to Government include: