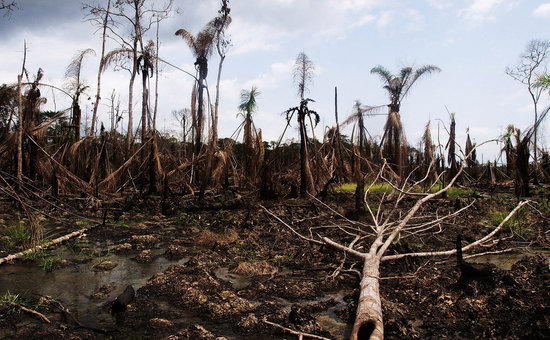 Claire Bright, Research Fellow in Business and Human Rights at the British Institute of International and Comparative Law (BIICL) write about the obstacles to justice for victims of corporate human rights abuses, and how they might be overcome.

Ensuring effective access to legal remedies for victims of corporate human rights abuses in third countries is a key part of both the State’s duty to protect human rights and the business responsibility to respect human rights, as recognised under the UN Guiding Principles on Business and Human Rights.

A recent study by Axel Marx, Claire Bright and Jan Wouters was conducted for the European Parliament on “Access to legal remedies for victims of corporate human rights abuses”. The study mapped out all relevant legal proceedings brought in Europe against EU-based companies accused of human rights abuses in third countries over the past decade or so. In total, 35 cases were identified, of which 12 cases were dismissed, 17 are still on-going, 4 were fully settled out of court, and only 2 cases led to a successful outcome for the claimants.

The analysis of the cases revealed that claimants attempting to hold EU multinational corporations to account face many hurdles. Two types of obstacles to justice were identified in particular, which were grouped into two categories: the practical and procedural obstacles, on the one hand, and the legal obstacles on the other.

The practical and procedural hurdles had to do in particular with recurrent difficulties in gaining access to sufficient funding for claims, access to evidence and information necessary for the claimants to substantiate their claims, and time barriers. The legal hurdles concerned, amongst other things, the lack of effective access to justice and to remedy in the host State, the attribution of legal responsibility among members of a corporate group or down a supply chain, and lack of enforcement.

The in-depth analysis of several cases in the study illustrated that voluntary approaches to human rights due diligence in business operations and supply chains are widely insufficient. The KiK case for instance exemplifies this. Despite KiK having established its own Supplier Code of Conduct requiring its worldwide suppliers to comply with certain standards, actual compliance with such standards was problematic in practice. Inadequate fire safety measures reportedly contributed to the death and injury of many factory workers in the fire in the textile factory of KiK’s supplier in Pakistan.

On the basis of these findings, the study makes a number of recommendations to the EU institutions in order to improve access to legal remedies in the EU for victims of human rights abuses by European-based companies in third countries. These include strengthening human rights due diligence requirements, in particular through the adoption of legislation at the EU level.

The study suggests that the French law could serve as a model in this respect. One of the strongest features of the French legislation lies in the fact that, by imposing a duty akin to the duty of care on the parent company for adverse human rights impacts arising from the activities of its foreign subsidiaries or the ones of the suppliers or subcontractors with whom they have an established relationship, it circumvents the obstacle of the corporate veil.

Adopting such a legislation at the EU-level would address many of the obstacles to effective access to justice and legal remedies observed in the various case-studies, many of which revolve around the attribution of legal liability to parent companies in corporate groups.

For instance, the UK Court of Appeal rejected the Shell case on the basis that claimants could not prove that the parent company owed them a duty of care. However, the Dutch Court of Appeal in the Shell case affirmed that a parent company may owe a duty of care to the claimants and be liable for the human rights impacts arising out of its subsidiary’s activities, because of its own negligence in managing and monitoring its subsidiary.

Giving clear guidelines on what is expected of the parent company in terms of putting in place, effectively implementing and disclosing human rights due diligence measures would help to simplify and shorten civil legal proceedings. This would foster greater corporate accountability by addressing the practice of law shopping by EU businesses operating in third countries. It would also help to bridge the regulatory gap by creating a much needed level playing field in Business and Human Rights at European level.

In so doing, it would both contribute to preventing human rights abuses and ensure better access to legal remedies for victims when abuses do occur.

The full study is available here.